I have some trauma related to regular expressions from my university days. Yes, they are super useful. Do I enjoy using them? Does anyone? 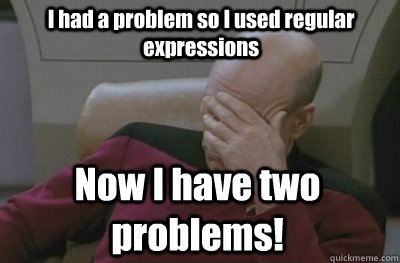 Inevitably at some point in the process of losing my mind, I will forget that the alias is lost when creating a new feature class, or randomly copying it over or whatever. I then end up with dozens of feature classes with really ugly looking abbreviated layer names in CamelCase. So for posterity, and so that I will never ever forget this ridiculously easy thing again:

Aaaaaaand I’ve just realised that I’ve forgotten this basic task so many times over the last few years that I actually already have a blog post about it, except for some reason I was updating the layer names in ArcMap every time instead of resetting it once on the feature classes themselves.

One thought on “Inserting spaces into CamelCase”

This site uses Akismet to reduce spam. Learn how your comment data is processed.